A mysterious girl rushes into Cheyenne's life while she's escaping from an arranged marriage to a tyrant. 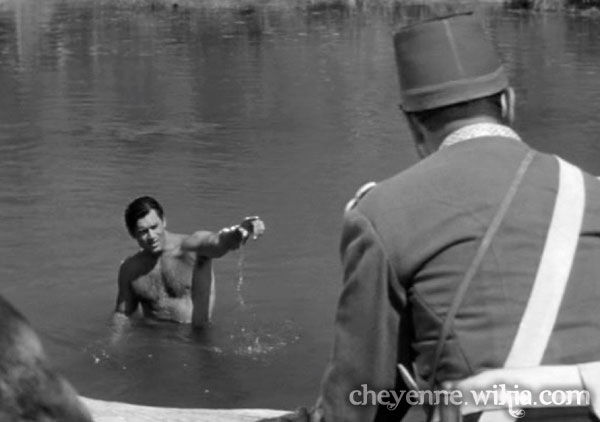 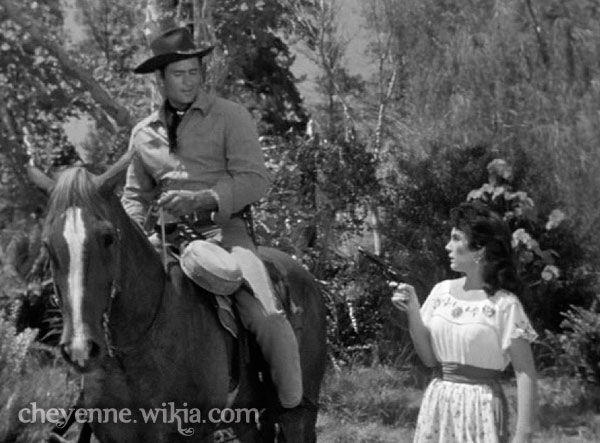 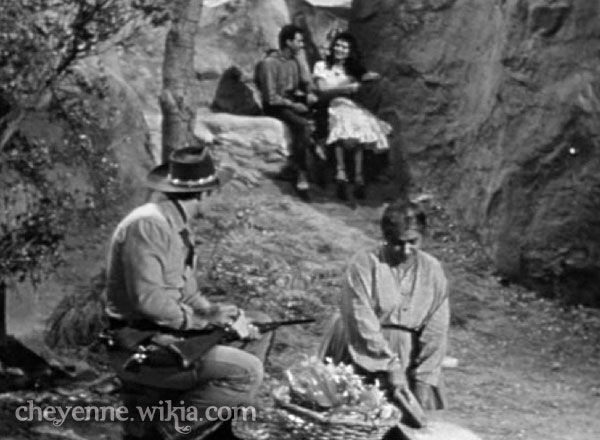 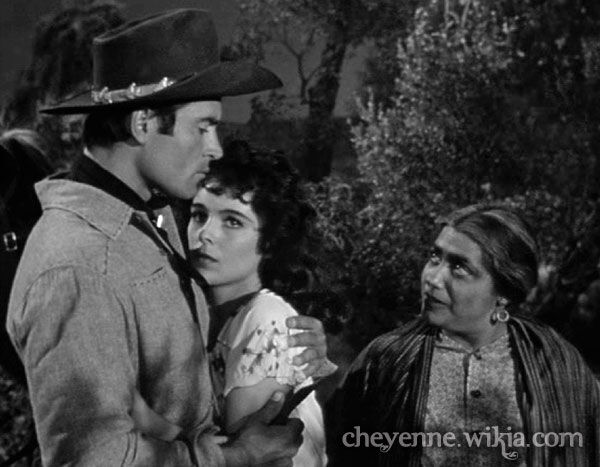 Juanita holds Cheyenne at gunpoint after he refuses to follow her orders.

Cheyenne keeps a watchful eye on Rosario and Juanita.

Mama Fina has her own nefarious plans for Juanita.

Cheyenne Bodie watches as a tall sailing ship leaves the harbor. He looks sadly into the palm of his hand at a pair of earrings. Days before...

...while traveling in Mexico after a cattle drive, Cheyenne is robbed and jailed by French soldiers on suspicion of being involved in rebel activity. The prisoners in his cell stage a jail break and Bodie manages to escape.

Meanwhile, Princess Maria Felitzia newly arrived from Europe disembarks at a harbor and is disappointed to see that none of the native people are there to welcome her. After this cold reception, Maria is taken to the rooms of General Dubeauchaie, her future husband. When the man arrives, Maria is shocked to see the general is old, fat, gruesome and nothing like the portraits that her family was shown back in the old country. After the General comments on her suitability to produce male heirs, he makes a veiled threat of punishment if his new bride doesn't behave.

Maria is distraught. Her dreams of a happy marriage are dissolved. She and her maid Juana escape from the city intending to hide somewhere until the princess can contact her father back in Europe. Soldiers pursue them as the General has offered a generous reward for her return. The pair split up to avoid capture.

Maria chances upon a saddled horse along a riverbank but has trouble climbing into the saddle of the tall animal. Cheyenne is bathing in the river nearby. He spies the girl trying to steal his horse and shouts out, but modesty forces him to stay in the water. The sound of approaching horses forces Maria to hide in the brush. French soldiers appear and ask if Cheyenne has seen a young woman pass by. The cowboy plays dumb and annoys the soldiers into thinking he’s a buffoon. After they leave, Maria thanks him for his help, introduces herself as Juanita and affirms his belief that she is a lady’s maid.

Cheyenne agrees to be Maria's guide, but as they go down the trail she learns he’s not going to her intended destination of Chapala. Maria steals Cheyenne’s gun and intends to walk the rest of the way while holding him at gunpoint. They’ve barely gone a few steps when a rattlesnake by her feet petrifies her with fear. Bodie beats it with a stick and Maria fires the gun, nearly shooting him. He tackles her to grab the gun back. Tiring of her ingratitude, Cheyenne points Maria in the right direction and trots away. She hesitantly continues through the woods, crying silent tears. Cheyenne watches her wander aimlessly and again offers her a ride. She tearfully accepts.

Cheyenne meets up with a group of rebels camped in the hills led by his friend, Mama Fina. Mama’s son Rosario takes a liking to Maria and the pair spend a lot of time together as Cheyenne keeps a watchful eye on them. Mama Fina is curious about Maria’s identity, but Cheyenne can’t tell her much.

During dinner, music and dancing break out. A woman dances a ceremonial dance which ends with her giving earrings to the man she wants to marry. Cheyenne tells Maria there’s a rumor going around that she’ll be the next one to dance. As they talk, Cheyenne discovers that Maria’s hands have blistered from grinding corn. He remarks that Maria hasn’t done a moment’s labor in her life and asks her who she really is. She leaves him in a huff and sits by Rosario. When the music begins, she gets up and begins to dance as Rosario eagerly watches her. She dances her way around the circle, ends with a flourish in front of Cheyenne and offers him her earrings. He takes them, but shots ring out and French soldiers overrun the camp. Cheyenne is knocked out cold and most of the men are taken prisoner, including Rosario.

Cheyenne is taken to a castle-like fortress in Chapultepec where he meets the Empress Carlota, wife of Emperor Maximillian. Carlota explains who Maria is and how important her arranged marriage is to the ruling establishment. Cheyenne refuses to accept the situation and the queen realizes that he loves her. They make a deal. Cheyenne will bring Maria back on the condition that she is allowed to forego the marriage to Dubeauchaie.

Mama Fina’s deadline is fast approaching. Cheyenne arrives at the rebel camp and tells Mama Fina he has rounded up men from the surrounding villages to fight. They leave in haste to start the rebellion, which is successful at freeing the prisoners.

True to his word, Cheyenne returns the princess to Carlota. She reunites Cheyenne and Maria one last time at the palace. Maria suggests they bribe the servants and escape to the U.S. Now that he's seen the princess in her native environment, Cheyenne questions if Maria could ever be truly happy living as a commoner with him. She surrenders to this truth. After they share a final embrace, he leaves.

"The dynamite's under the left arm."

- Cheyenne teases the man searching him after he's arrested.

"Turn around."
"Who are you to order me?"
"A man who wants to get out and get dressed."
"Oh!...[turns around]...You are indelicate."
"That'll teach you not to enter a man's bathroom without knockin'."

"I've never been so insulted."
"Serve you right if I insulted you right over my knee! Try to help you out and what do you do? Steal from me, lie to me. I'd a been luckier if I had run into a French regiment."

- When Maria complains about the way Cheyenne has treated her, he sets her straight.

"We could leave the border behind but could we leave ourselves? Could we be happy...either of us?"

- Cheyenne wonders if he and Maria could have a future together.

Community content is available under CC-BY-SA unless otherwise noted.
Advertisement